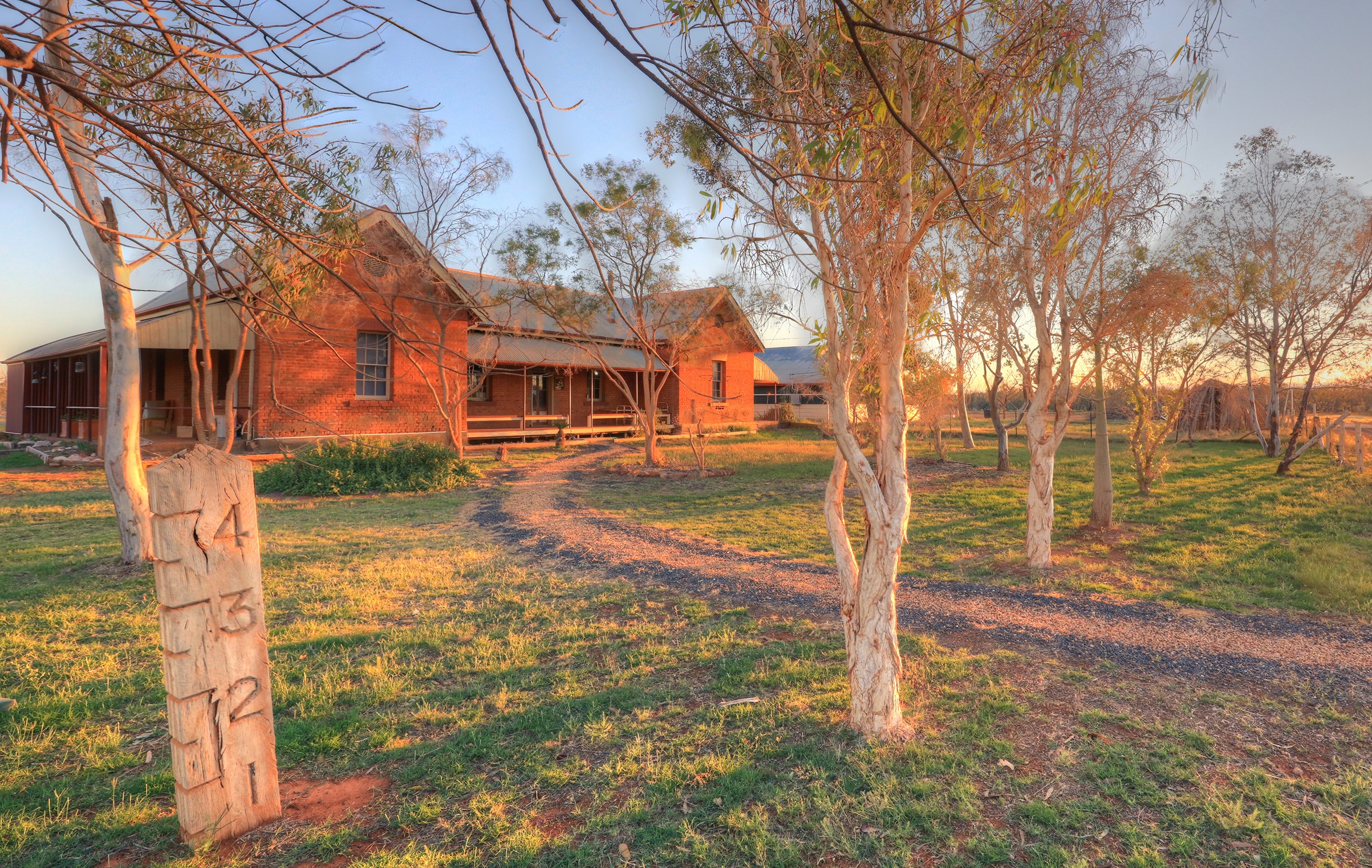 The Hospital was built in 1888 of locally produced unfired Mud Brick. The bricks were made from black soil on the banks of the Bulloo River just south of the town, at the site of what was the Chinese Market Gardens. After the bricks were moulded (in the machine now situated at the front door of the Meathouse), they were laid out to dry and covered with Yapunyah leaves. During this process, roaming animals often left their imprints. In the hospital itself, there are footprints of dogs, cats and emus preserved on the walls. Once the leaves were sufficiently dry, they were ignited and the bricks were "FIRED", changing colour from mud grey to red. Many of the town's buildings were built from this local brick, however, only four of these buildings remain.

All tours are fully automated so you can visit at your own leisure. For access to The Old Hospital, Old Jail and Hydro Power Plant, you need to purchase a swipe card for $12.50 pp, available at the Thargomindah Visitor Information Centre. When you've finished all tours, drop your card into one of the card return boxes at each attraction, or return to the Visitor Centre 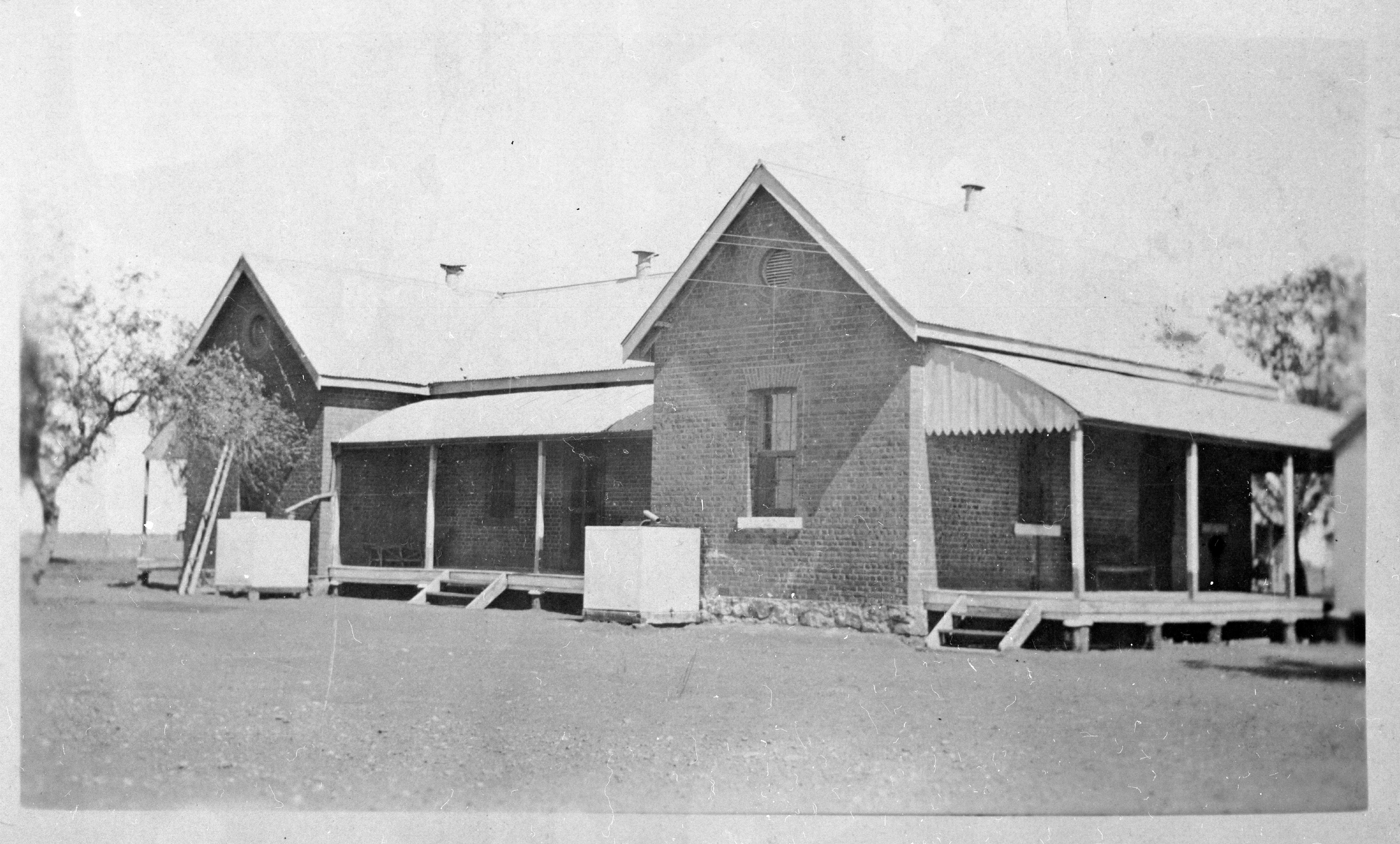 Standing proudly on the outskirts of the town is a large brick building known to the locals as the Old Thargomindah Hospital. Built in 1888 out of locally made, unfired mud-bricks, the building is a tribute to the tenacity of Thargomindahs pioneers and has always played an important, often sentimental, role in the community.

There have been three distinct phases in the life of this building since 1888. The first stage includes the first 55 years of Hospitals history, during which the building provided a vital service to the community for two important reasons. Firstly, because it was a Hospital, it supplied essential medical assistance to Australia's pioneers. Secondly, it gave people in the town and the wider Bulloo Shire a sense of security, which is important for a remote community in what can be a harsh and dangerous landscape. The Hospital helped to encourage people to move west and live the Australian pioneering dream.

The second stage in the Hospitals history began in 1942 when a Flying Doctor Base was established in Charleville. This increased the communitys sense of security and meant that a resident doctor was no longer a necessity in Thargomindah. During this period there was also a significant change to the Hospital&rsquo;s management when the reins were passed from the Thargomindah District Hospital Committee to the Cunnamulla Hospital Board in 1946.

The third stage for the building began in 1976, when a new Thargomindah Outpatients Center was opened in Dowling Street. For a time the old brick building was privately owned by the Howard family, who eventually sold it to the local Council that rented it out as residential flats. These flats were not well maintained during this time and it is only thanks to Terry and Vonda Smith, who purchased the building from the Council in October 1995 and began renovations, that the building has survived and remains in such a well-kept condition today. Terry and Vonda not only restored the old Hospital, but they reestablished its central position in Thargomindah as an Outback icon. In 2006, the building later became the Bulloo Shire Councils Tourism Office until 2013 when the current Visitor Centre was built in Dowling Street.

The building is an essential part of the town's history and its heritage and everyone has a story about it. The old Hospital is a lasting reminder of the medical miracles and unavoidable disasters that Thargomindah has seen, as well as the achievements of a united community, and the hardships endured in the harsh environment. Ultimately, it is a testament to the determination of the Australian pioneers, and the people who have dared to call the Outback home. It enriches the lives of the locals and tourists with its presence. As Nicola Pitt, author of Thargomindah: The Town by the Bulloo says "The Thargomindah Hospital played an important part in the history of the Bulloo Shire and that of Western Queensland... it stands as a monument to the tenacity of the 'people who opened up the west'"

The Mudbricks, Medicine & Memories book is available for purchase at the Thargomindah Visitor Information Centre.

(Excerpts taken from Mudbricks, Medicine & Memories: A History of the Thargomindah Hospital 1888-1976 by Elizabeth Pyke)