The Thargomindah Post Office is built of locally made mud brick, and is one of only four remaining buildings in town built with this brick. The original Post Office was opened in 1870; however in 1877 a great storm leveled it to the ground. It was then decided by the Government Works Department to construct the building of the "best quality bricks that can be found".

In 1881, a Telegraph Office was opened, and in 1886 locked boxes were installed. Meteorological readings were commenced in 1889. The mail services went far and wide, with the service to Nockatunga and Nappa Merrie operational by 1874. Services stretched as far as Tambo to the North East, Hungerford to the South, and Innamincka to the North West. The Post Office still services a vast area of the country with mail contractors employed to deliver mail to outlying Stations. 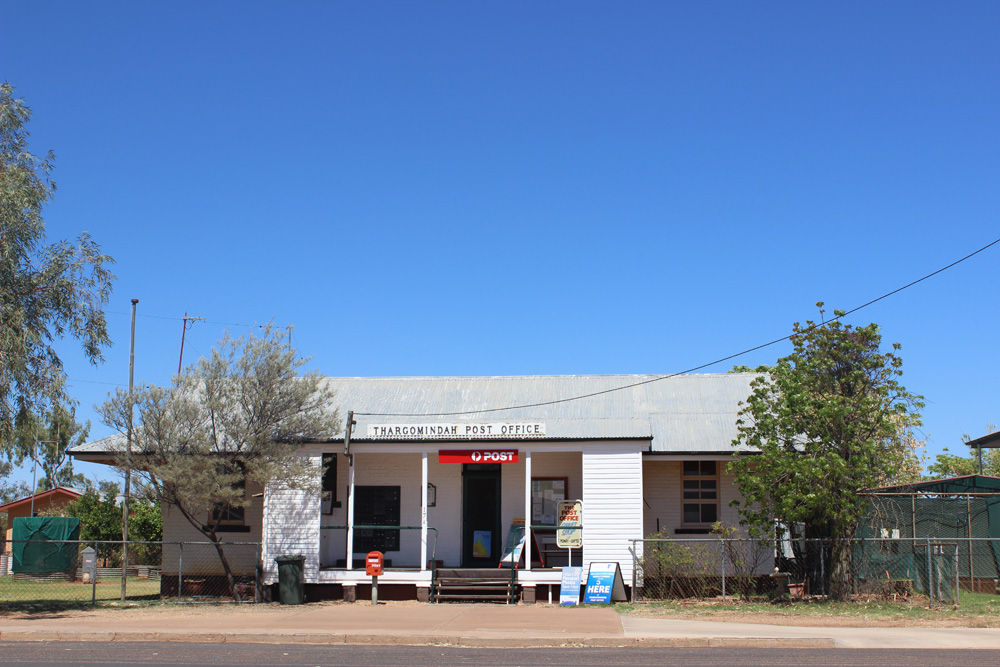 On New Year's Eve 1952, the interior of the Post Office was burned out, reputably because the Postmaster dropped a cigarette butt in amongst the mail bags, while he was sorting the mail. He then went away on holiday. His young assistant, Peter Davenport had to open up for business under a Palm tree that was at the back of the Post Office until temporary arrangements could be made to work elsewhere.